A really interesting aspect of our work at London Property Alliance (CPA & WPA) is our engagement with politicians locally, across London and nationally.

We attend the major political party conferences to champion Central London real estate as a major driver of London and the UK’s growth and prosperity.

Earlier this week, I went to the Bournemouth on the south coast for the annual gathering of the Lib Dem party faithful. Like many organisations, we are watching the rise of the Lib Dems with interest – as the party rallies behind its strong anti-Brexit stance and a new Leader in Jo Swinson.

As well as watching the conference speeches of Siobhan Benita, Ed Davey MP and an excellent fringe panel by Planning Futures – a highlight of the conference was the City of London Corporation dinner with Chuka Umuna MP. The recently announced candidate for the Cities of London & Westminster seat spoke about the UK’s green economy; tech and the future of finance; and of course… Brexit.

It was a fascinating start to party conference season, in these extraordinary political times. 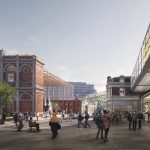 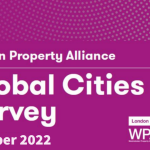