On Thursday 25 January over 150 members from CPA and WPA joined us for an evening seminar to discuss the Mayor’s draft new London Plan.

The event was kindly hosted by Norton Rose Fulbright, in their offices aptly located next to GLA City Hall.

The seminar started with an overview of the strategic objectives of the Sadiq’s Plan by his Deputy Mayor of London for Planning, Regeneration & Skills, Jules Pipe CBE; and presentation on key polices by the GLA’s Chief Planner Juliemma McLoughlin.

The panel discussed the role for affordable and flexible office policies; delivering the Mayor’s vision for Oxford Street and a growing West End; the Plan’s emphasis upon on small sites and outer London boroughs for housing delivery; and changing policies on mixed use and affordable housing.

The event was the first under the new name for joint CPA and WPA events and engagement, London Property Alliance, which will also provide a platform for both associations to work closer with surrounding boroughs, the Mayor of London and central Government on key issues which impact central London real estate. We will provide further details on this initiative at the CPA AGM and Annual Lunch on 22 March. 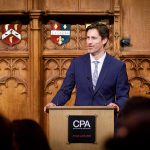 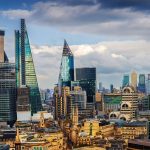